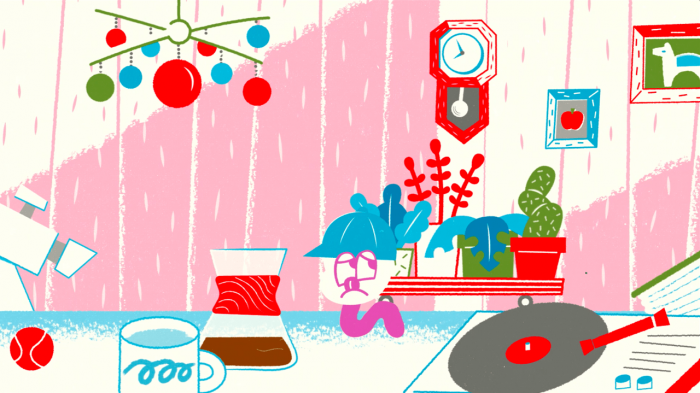 Siamese Cats "I've got to take the laundries in"

A Rock band SIAMESE CATS's first full-length animation music video. A road movie depicting the adventure of "Mushi (insect) kun" going through the town, desert, the universe (!), giving a new interpretation to the strong lyrics of the same song "I have to take in the laundry". Made by "WHOPPERS". This is the first tag in this unit with Sanuki Naoya and Zukku who worked on a record jacket and merchandize design of SIAMESE CATS in the past. It is their first work of an animation full of humor and freshness. 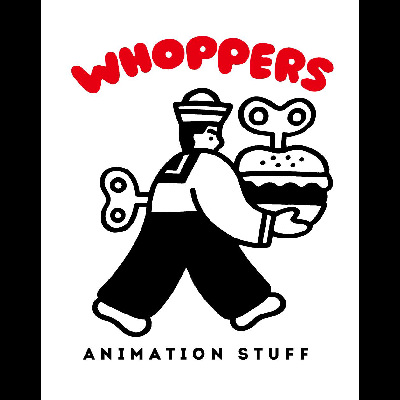 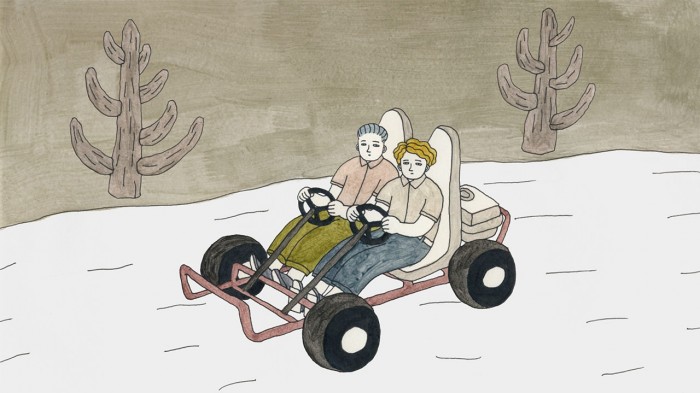 A man walks back home, arriving at his dark apartment. 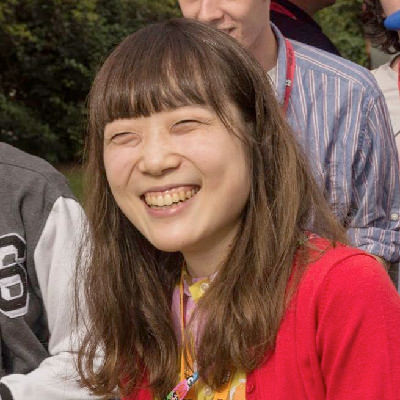 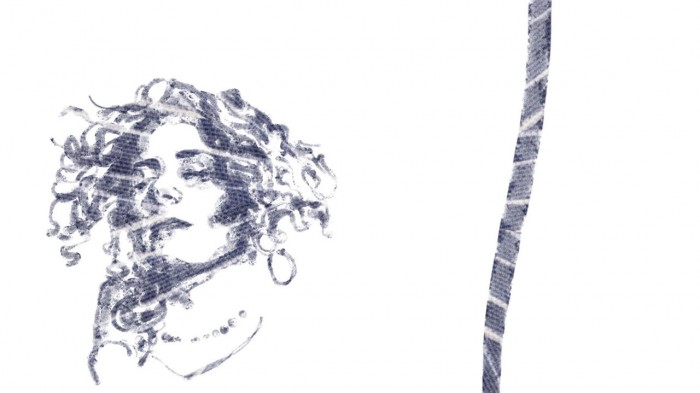 AIN'T OVER is an experimental music video of consciousness through indigo hues; a young woman discovers strength in an internal world while daydreaming on a train. Animated dreamscapes overlaid on dyed canvas merge geometric and organic forms. Combined with layered analog synths, bass, and ethereal vocals, Ain't Over evokes themes of persistence, yearning, and memory. 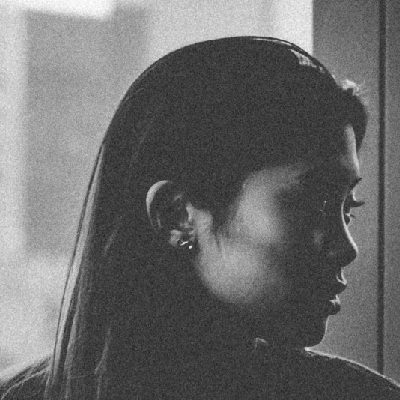 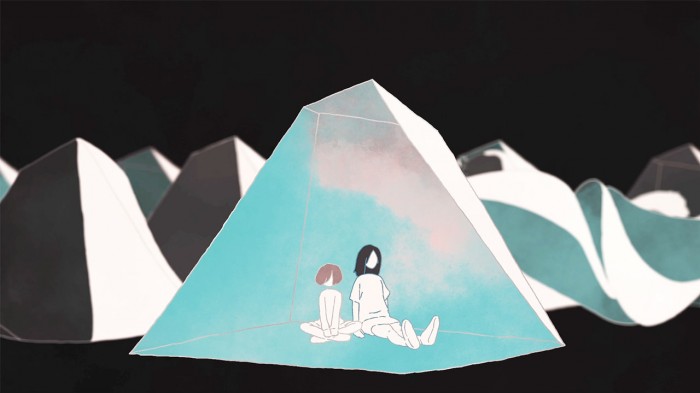 The music video of skirt "Undercurrent". 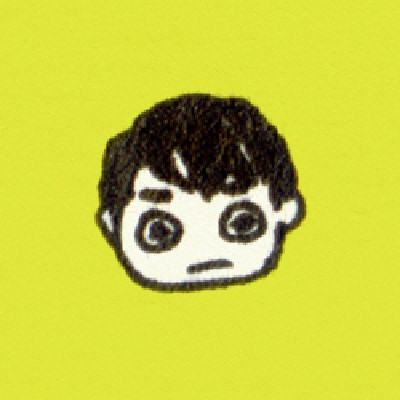 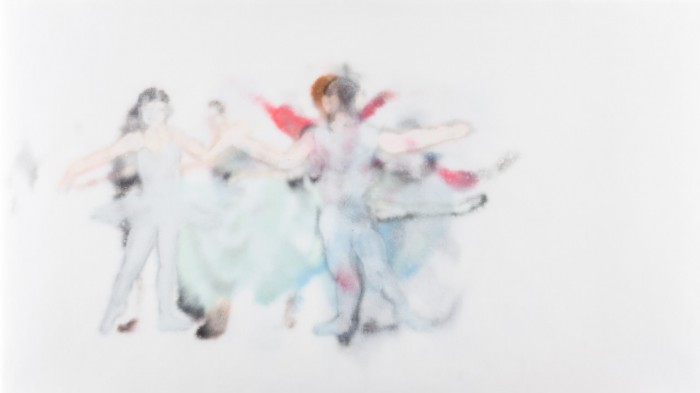 The song is divided in parts. Every part is turned into a scene. Every scene is made up of a pile of paintings.Every pile/scene has its own ‘recipe’, or set of rules. The beginning and ending of every scene within the song is exactly timed. Every thing happening in between a scene is left to chance. The themes of the different scenes are not related to the music. 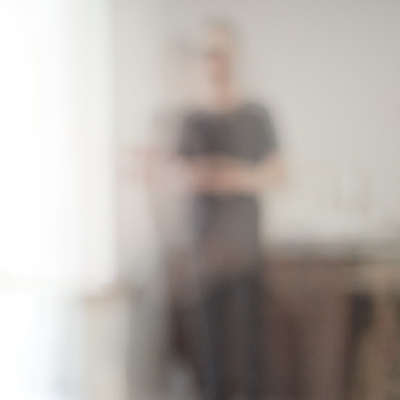 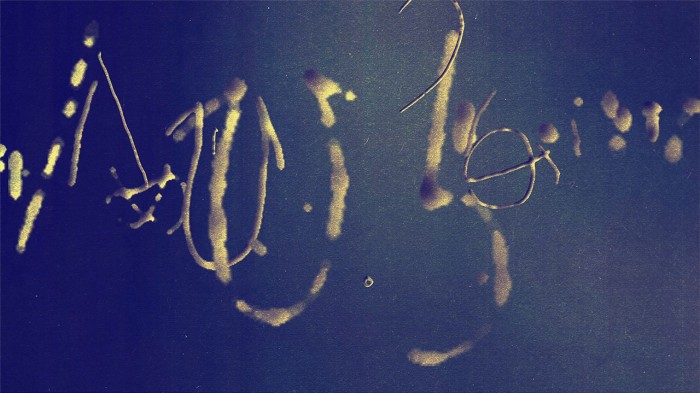 Tamaki Roy "The State of Things"

Movie for Tamaki ROY’s “Koto no Shidai.” "Words turn into music / And it returns to sound, then melts in time and place / Time and place, which spin the story" 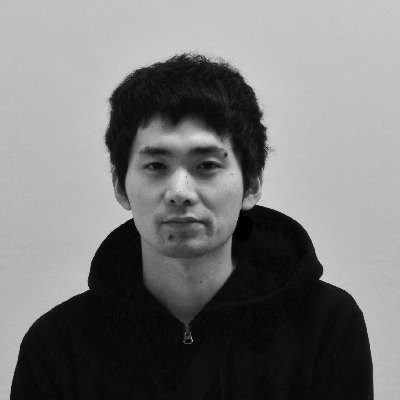 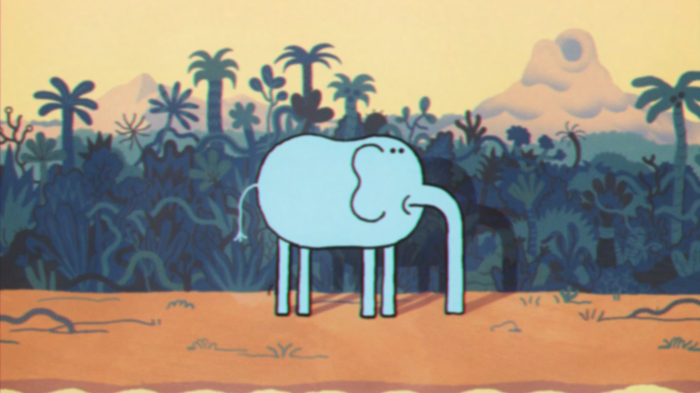 Tittle-tattle from an effervescing elephant with tiny eyes and a great big trunk. 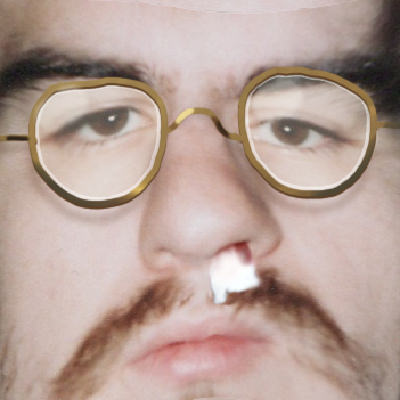 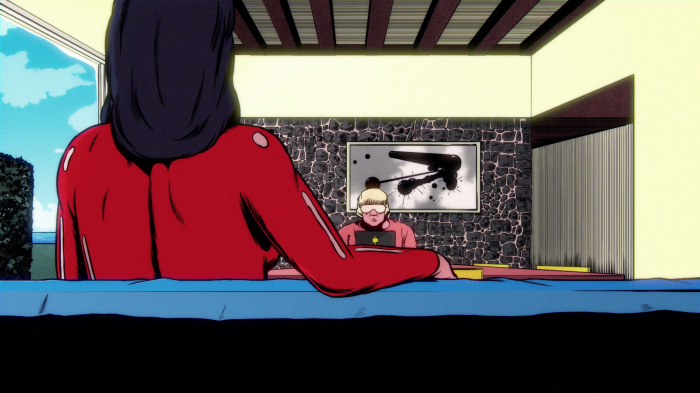 Dolly and Silvio are in love for ever. 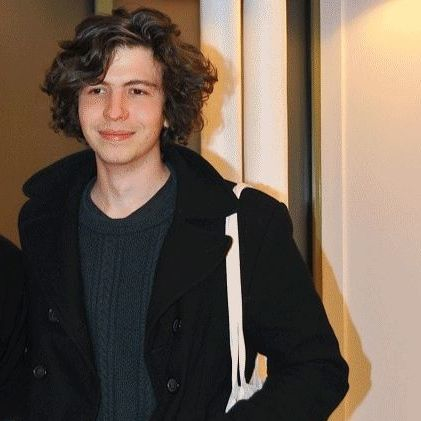 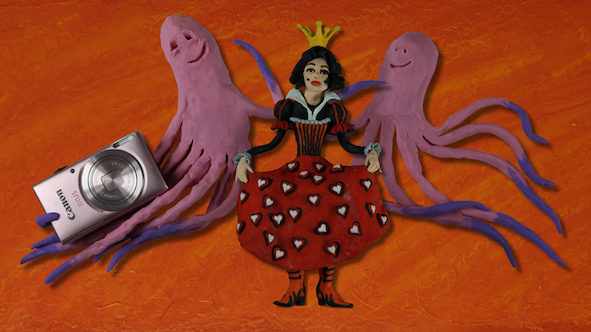 "Awesome Beetle’s Colors” is a 3.13 minutes long, fun and educative plasticine animation. The story goes: Awesome Beetles Color Dirty Elephant. Five Gorgeous Hippopotamuses Inspire the Jaguar. Kangaroos Like Marmelade. Naughty Octopuses Photograph the Queen. The Royal Spider Teaches an Unhappy Vampire. Wariors X-ray a Yellow Zebra. A nearly impossible story, supported by a catchy melody, guides us through the ABCs. There are many letters in the Alphabet and in the process of learning they are usually linked to nouns. We have created a link between all the letters of the Alphabet using nouns, adjectives and verbs. But most importantly -we also offer visual, audial and kinesthetic associations that help children in the process of learning. 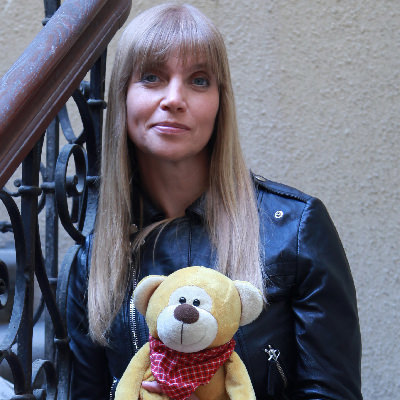 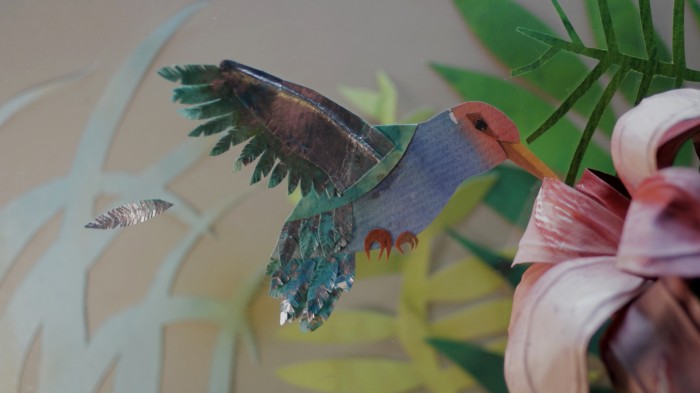 Throughout history people have always been searching for a perfect place. This shortfilm, based on Guaraní mythology (Tierra sin mal), offers another point of view on paradise: what if the real paradise is inside us and lies in the harmony and unity of everything alive? 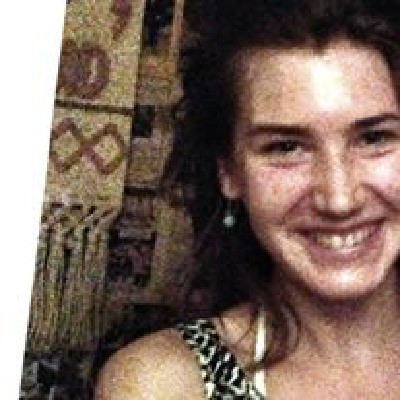 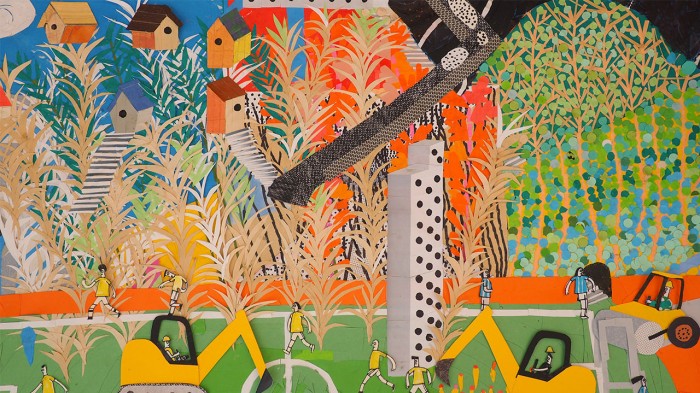 Se So Neon "A Long Dream"

Forgetting he is a bird, a boy works at a construction space. Music video for Korea-based band Se So Neon's A Long Dream. 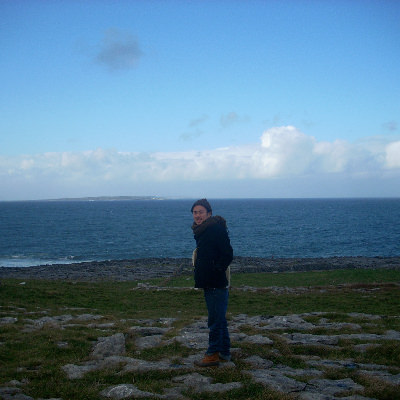 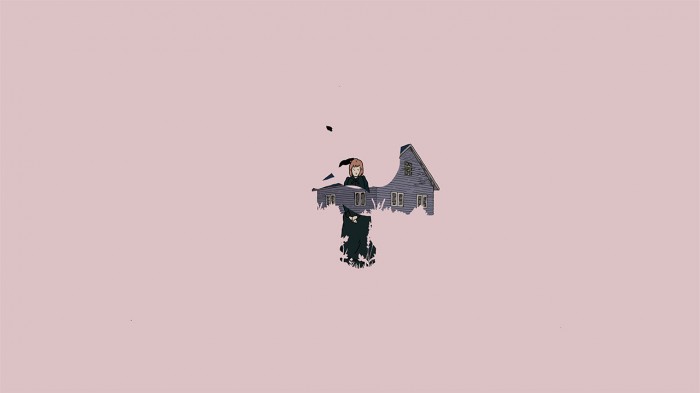 The ghost of a recently deceased man want to go back to his loved one. 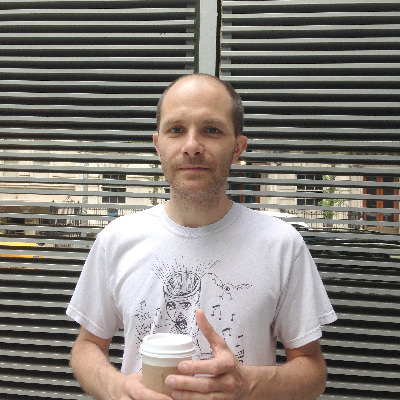 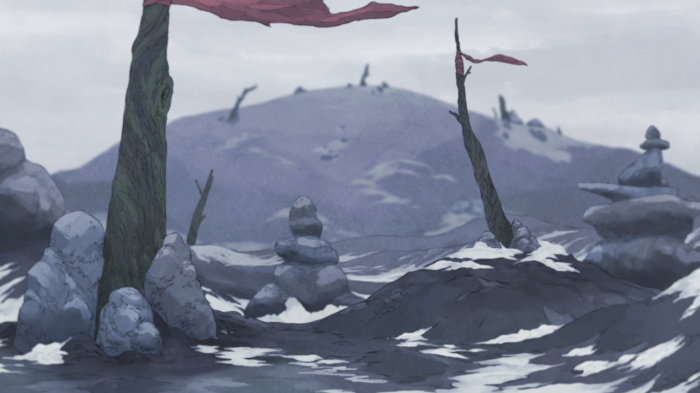 From the ashes of a riverbed springs new life. 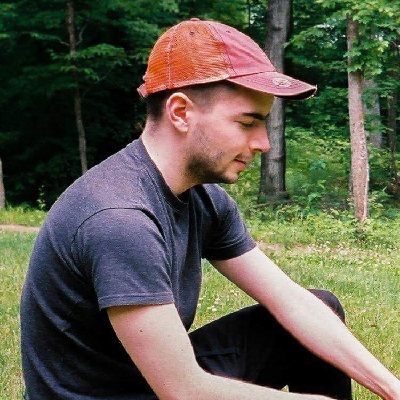